Ferrovial's corporate governance seeks to guarantee integrity, which is construed as ethical, transparent and responsible conduct towards shareholders, employees and the different agents affected by the company's activities. This principle is key to ensuring profitable business and long-term sustainability in line with the company's strategy while strengthening the trust that shareholders and the different stakeholders have in the company.

In compliance with commercial law, the Annual Corporate Governance Report (ACGR) forms part of this management report, which was drawn up by the Board of Directors and filed with the Spanish Securities Commission. The ACGR details all corporate governance aspects at Ferrovial and is available at www.ferrovial.com.

Notwithstanding the foregoing, the most prominent elements of corporate governance at Ferrovial is summarized below.

The following developments in 2016 for the area of good governance are particularly noteworthy:

Ferrovial’s Code of Business Ethics* was last updated in 2014 and applies to all group companies, directors, employees and managers as they go about their duties, and which includes a specific commitment to compliance with certain applicable laws. The following are among the included areas:

Ferrovial’s Whistleblowing Channel was set up in 2009 to complement other internal channels and ensure compliance with the Code of Business Ethics, internal procedures and protocols by enabling the whistleblowing of irregularities, non-compliance and any unethical or illegal conduct. The channel may be used by the public via the website and enables communications in full confidentiality, whether submitted anonymously or by name.

A postbox was also set up to make such communications. In 2016 a total of 51 complaints were filed, 23 of which were anonymous and 28 made by name.

All complaints are investigated by the Complaints Box Managing Committee, which includes the Director of Internal Audits and the General Director of Human Resources. The Committee meets regularly, except when a report warranting immediate attention is received.

Ferrovial also has a corporate procedure in place to protect the company’s business assets and prevent fraud. This document was updated in 2012 to prevent any illegal conduct that might harm the company. 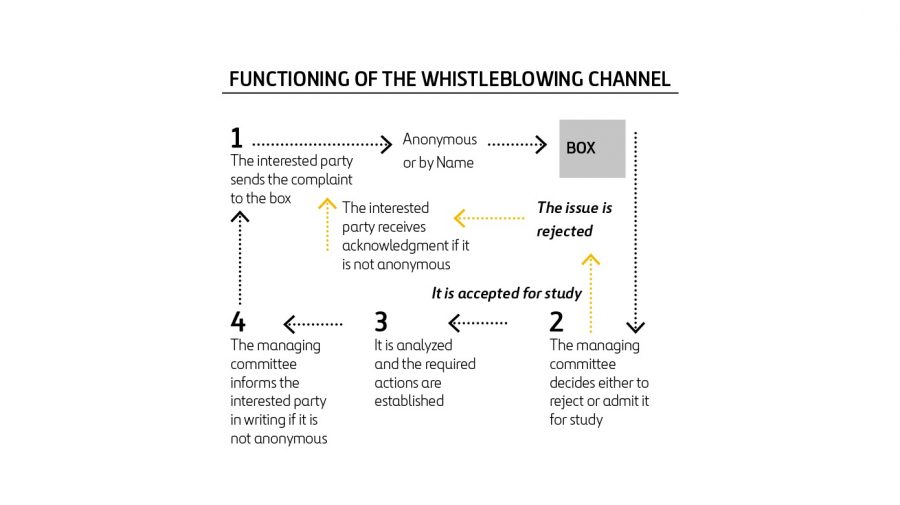 Ferrovial observes the standards and principles of domestic and international best practices in relation to good governance, as adapted to the company’s nature, structure and evolution.

The Board performs its duties with unity of purpose and independent judgment. It treats all shareholders in the same position equally, and works in the social interest, with the same understood to mean securing a profitable business that is sustainable in the long term, supporting its continuity and seeking optimal economic value for the company. A total of 8 sessions were held in 2016 with an average duration of 5 hours and 20 minutes per meeting and an attendance of 98.82%. 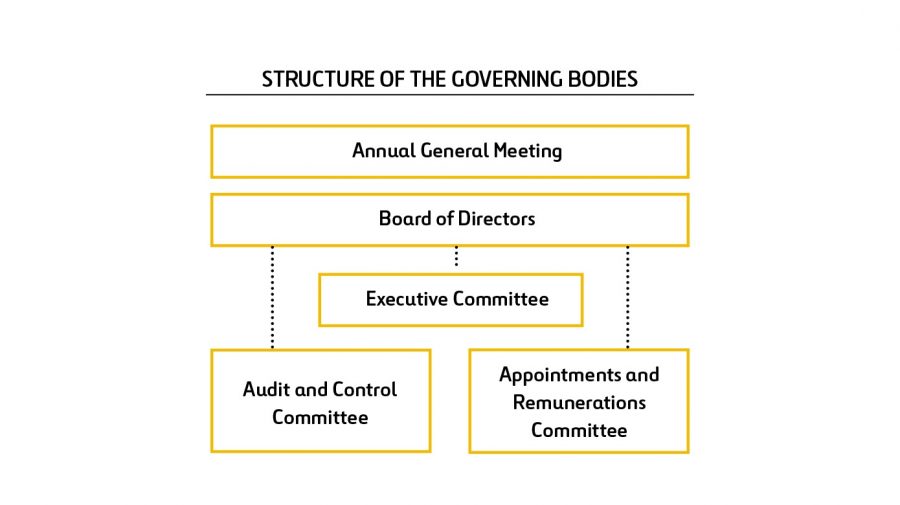 Items addressed by the Board of Directors in 2016

Every year and whenever requested by its Chairman, the Board of Directors draws up a program of dates and matters to address at each of the scheduled sessions for the following year, notwithstanding additional matters that could arise throughout the year. The main matters addressed at the Board meetings in 2016 are detailed below.

This body has all delegated powers corresponding to the Board of Directors, except for powers that cannot be delegated for legal or statutory reasons.

The committee comprises seven members. In addition to other matters, it monitors the performance of key business indicators and operations underway at Ferrovial.

The Committee comprises three Non-Executive Directors, the majority of whom are independent, including the Chairman.

Their main duties, other than those attributed by law, are described below, representing the adoption of recommendations under the code of good governance for listed companies:

The activities that the Committee carried out during the five sessions held in 2016 are detailed in the report regarding its operation*.

The Committee comprises three Non-Executive Directors, the majority of whom are independent, including the Chairman. All of them were appointed in consideration of their knowledge and experience in accounting, auditing or risk management.

Their main duties, other than those attributed by law, are described below, representing the adoption of recommendations under the code of good governance for listed companies:

The activities that the Committee carried out during the five sessions held in 2016 are detailed in the report regarding its operation*. 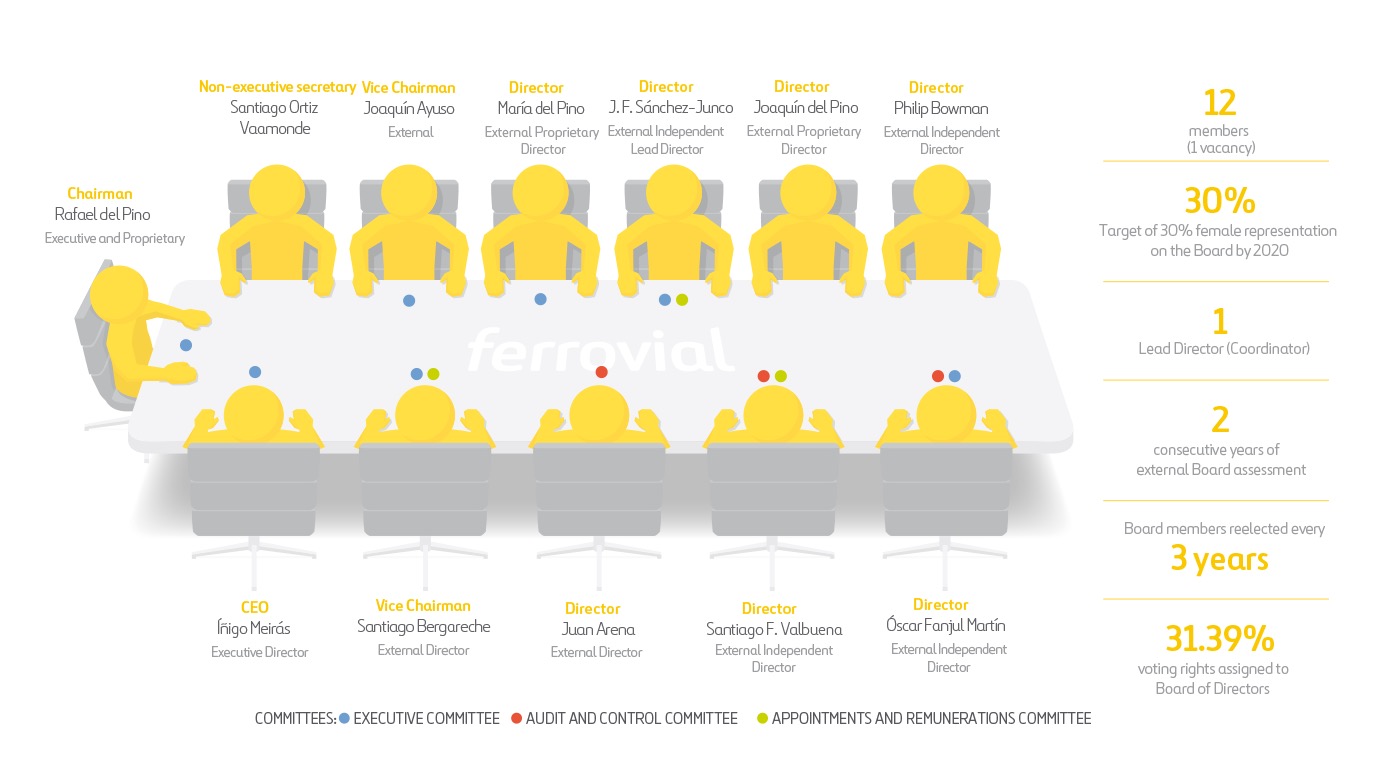 Main items addressed by the Board of Directors in 2016